Stories of Hope never get old! I could hear them on repeat and still feel just as inspired by them as I did the first time I heard them.

Today I’m so stoked to share Andrea’s story with you. It was such an honor to watch her blossom and grow throughout the Beautifully Flawed Retreat. Not only did she realize that she can do things she never thought she was capable of, it was so beautiful to see the rest of the girls rally around her and cheer her on! She is a fantastic individual – a true overcomer!

I hope that her story brings you encouragement to overcome the obstacles you may be facing in your life as well. You got this!

Legs On – A Story of Hope

The week before our October Beautifully Flawed Retreat, there was uncertainty about whether or not Andrea was going to make it. Her sister called asking for prayers for Andrea as she was in the hospital again, facing some complications. I remember asking God to help make a way for her to come to the retreat as I knew this was something she truly needed given all she had gone through. In addition to the complications, her sister shared that she had been struggling with some depression, coupled with the overwhelming task of learning how to navigate life without limbs.

Andrea first heard about the Beautifully Flawed retreat while she was in the hospital. A college friend of her sister reached out to share about the organization and retreats. The family contacted the organization and we immediately mailed Andrea a care package. Within the days following, we were able to talk to the family and encourage them in the midst of some very dark hours. Andrea’s health quickly deteriorated after facing an infection that sent her body into septic shock. Due to the sepsis, she lost both of her legs below the knee, one arm above the elbow and the other arm below the elbow. The family did not know what would become of Andrea in the days following her limb loss and they were unable to be by her side due to strict COVID restrictions. When they reached out to us, Andrea was still gravely ill and the grief of loss laid heavy on them. I believed in my heart God was going to pull Andrea through this and I shared with the family that even without limbs she would live a full life! I shared about Amy and Callie, two other amazing girls who also faced sepsis and multiple limb loss who are living a life full of faith and so much purpose.

Those can be some pretty bold words in the midst of so much loss, but what I know of God is that He does not waste our pain. His promise is that He is always with us and that even in the times we do not understand what He is doing, He still has a plan of good, and not evil and that plan leads us to a future and hope (Jer. 29:11). There are moments we need to be gentle hearers in walking with others through their pain, but there are also moments where we need to stand firm in faith and believe the promises God gives us! The family clung to the bold faith, and when they were able to speak with Andrea, they shared with her about what they had learned of the Beautifully Flawed Foundation. Getting her to the retreat became the first milestone marker – a goal together they would work towards. 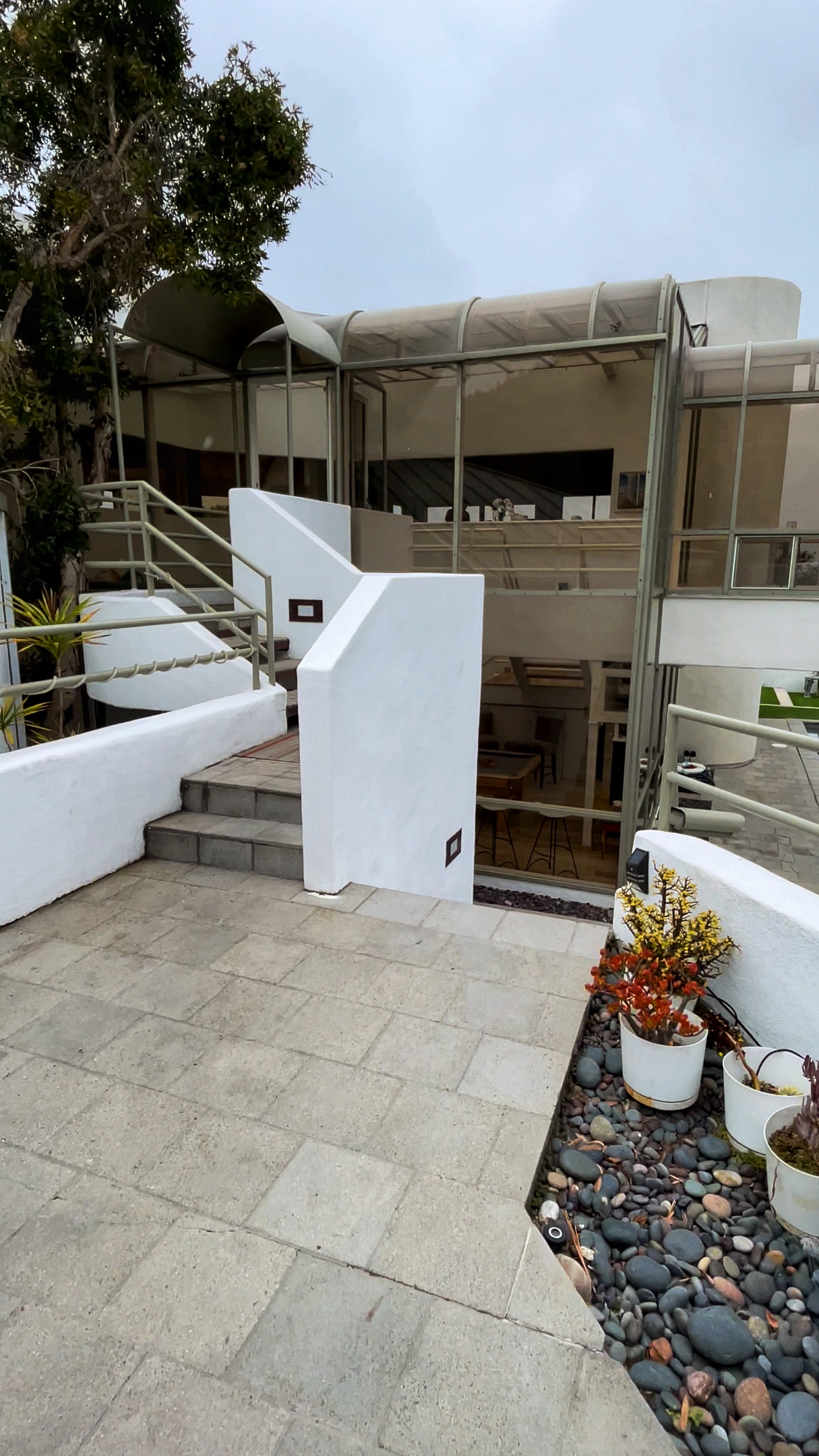 When Andrea arrived at the retreat, I was nervous because I knew the week would be filled with new challenges for her. The first would be one she would face right when she arrived. Although Andrea had prosthetic legs, she was just learning to use them and was mostly wheelchair bound. There were stairs that led up to the main floor of the girls house. Thankfully when she arrived, we had some of the leaders from the men’s retreat present and they were able to help lift her up the stairs in her chair.

I knew the stairs were an issue and I admit I felt extremely disappointed in myself that I did not think through the obstacle that the stairs would be. It was a new house we had never used for a retreat before and when we checked in, my stomach sank after seeing them. I was nearly brought to tears and as a “fixer”, I tried to figure out how I could build a ramp (as if we didn’t have enough to do hosting two retreats). I am thankful for wiser counsel and our board chair, Becky, who convinced me that building a ramp might not be the safest thing (please laugh with me, as I laugh at myself… in the moment I truly did contemplate this).

What I had seen as a failure, God gracefully had a plan. The stairs became the team-building obstacle course for the week. The next morning we would need to get Andrea down the stairs and I knew I could not lift her down them. I looked at her and said, “I can’t lift you, but I can walk with you if you are willing.” She looked at me with a huge smile and said, “Let’s do it!” 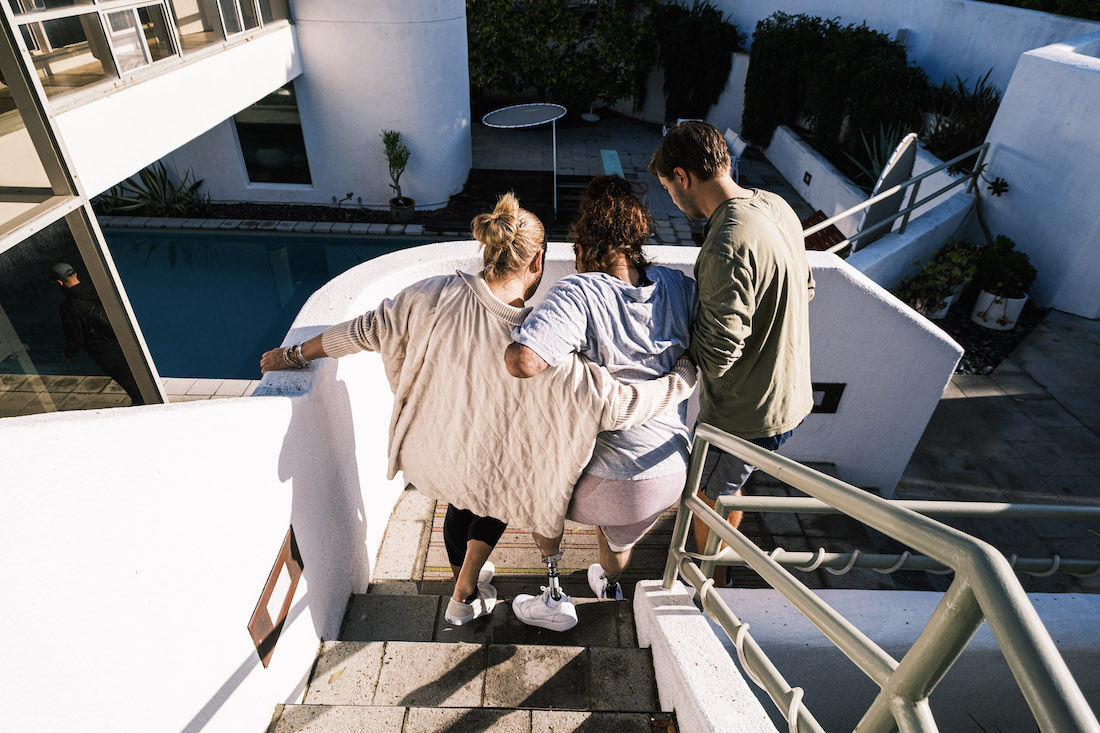 Within hours of the retreats start and for the first time since she lost her legs, Andrea had conquered walking stairs. The beautiful thing was that she had a team of retreat attendees working to help her, those who themselves at some point also had learned to do the same. Every time she needed to go up or down the stairs, there were girls to help guide her, encourage her and teach her how to walk successfully up and down the stairs. As she smiled through each difficult step, I saw the example she set, challenging the other attendees who were new to their limb loss to do the same. Conquer the tasks that feel impossible!

There was nothing Andrea would not try; just 6 months out of the hospital, she even braved surfing. She met every challenge with her beautiful smile, and not once the entire week did she complain, saying she couldn’t do it or give up. She told me that she wanted to come to the retreat to find encouragement and motivation to move past the stuck place she was in. Before the retreat, Andrea felt like there was nothing she could do on her own. She shared that if she couldn’t do something on her own, she didn’t want to do it. 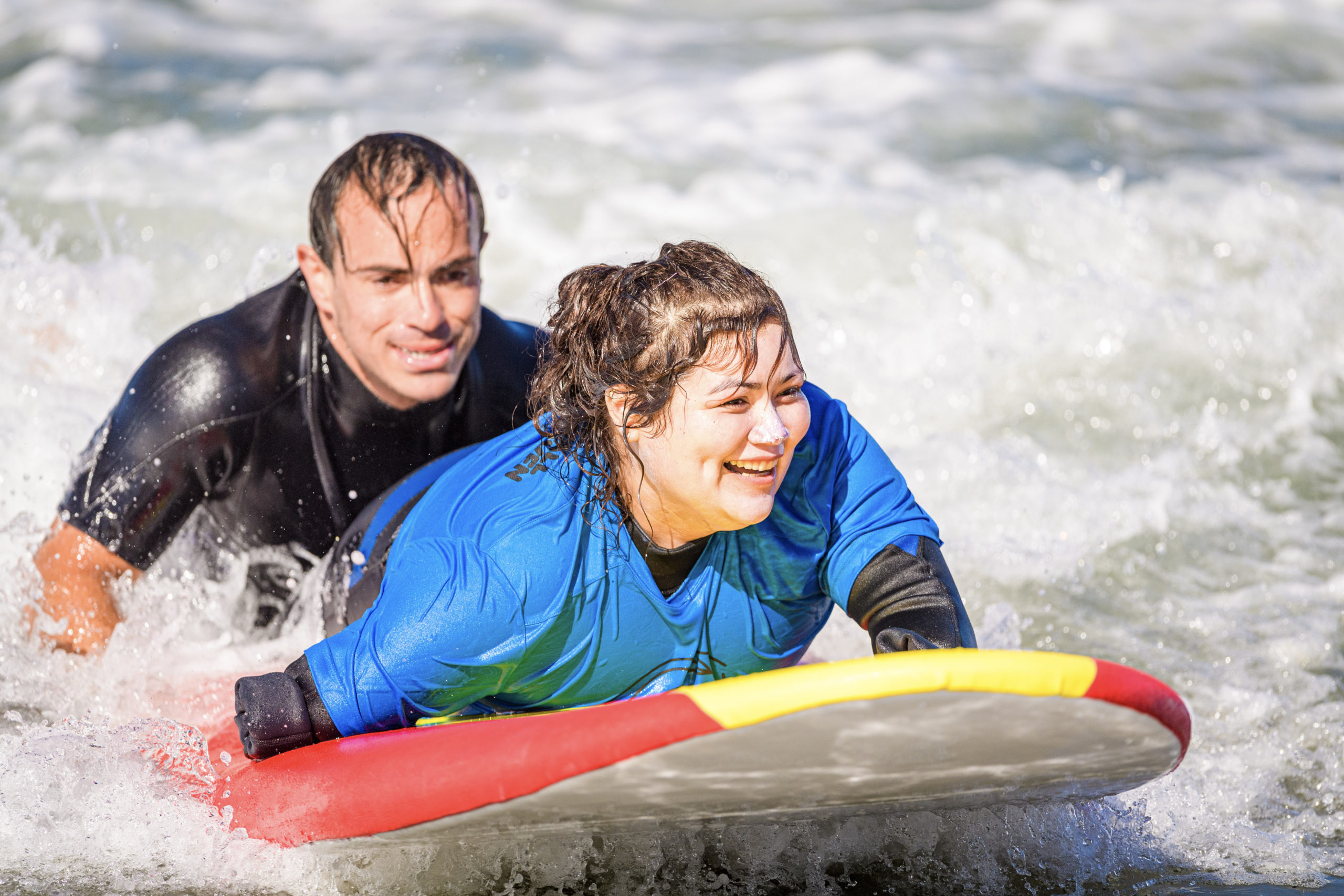 “The retreat gave me so much encouragement and motivation to put my legs on. I came home and realized I want to move forward and live a full life. I feel I could not have gone through what I’ve gone through without God. My faith is important to me. In everything I have gone through, I have the assurance that God has a plan. There is something greater that is going to come from this.”

I think sometimes in life each of us needs someone willing to come alongside us, and not try to solve the problem before us, but are willing to help us walk through it! May we each see the opportunities given to be a helping hand in someone else’s moment of need. It just might be the very thing that reminds someone to put their legs on and walk! 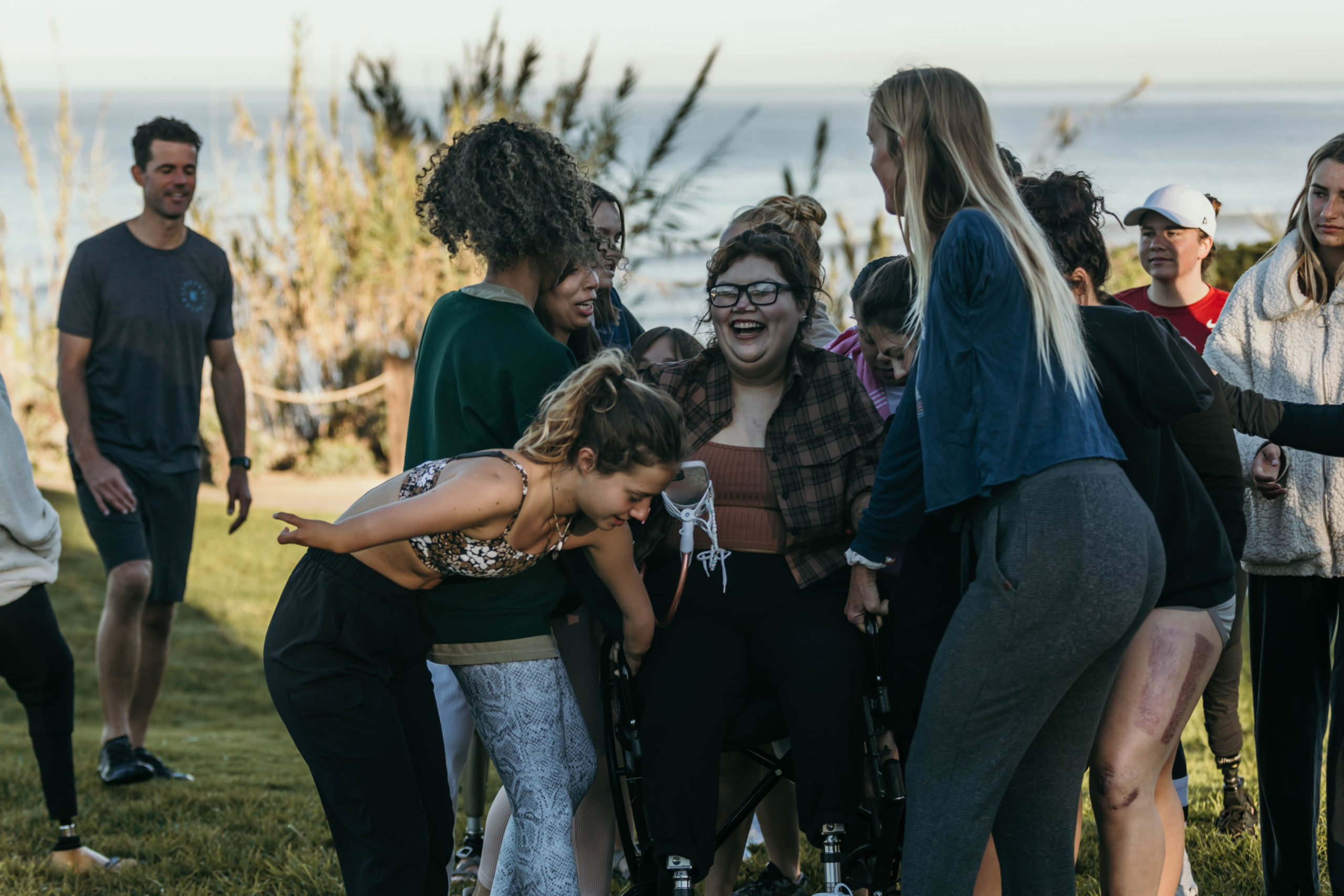 P.S. Check out this video to see a fun glimpse of the retreat that Andrea went on! Click here for more information on the retreats and programs that the Beautifully Flawed Foundation organizes!